You are here:
AdventureGame developmentPC 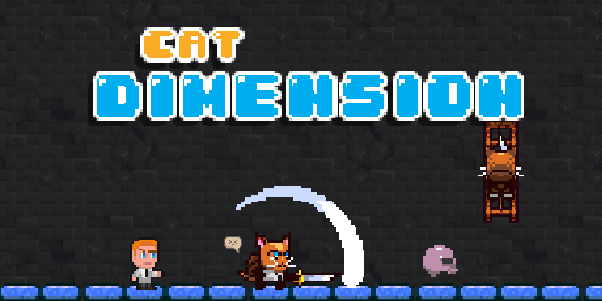 After the announcement of Cat Dimension of 29 June, on our Facebook page, many of you have asked us “does that mean we may get a new demo soon“?

The answer is yes.

The little Cat Dimension demo will be released shortly, a matter of two weeks at the most.

In the meantime, to make us forgive, D4F Games is back with a new illustration of our game in development… You know , the one with a ginger cat… With a sword… ?

We work hard to give you the best gaming experiment. So, we hope that illustration will make you wait for the next level… The official Demo of the game ! 🌈

So what are you waiting for? Add Cat Dimension to YOUR wishlist 🙂

In the meantime, we remind you that we participated in the Adrenaline Rush Game Jam which gave birth to two new mobile games:

Let us know what you think and stay tuned for the next news !